The “Buxtehude Bull” is one of the most remunerated German literature prizes. Winfried Zimann, once a book dealer in Buxtehude, Winfried Ziemann, initiated the prize in 1971. Ever since, it has been awarded to the best youth fiction book (published in the German language) annually.

The goal of the “Bull” is to enthuse youth to actively and intensively read as well as to promote good youth books.

The city of Buxtehude took over sponsorship in 1981. The prize gets its name from Ferdinand, the placid bull from the well-known children's picture book, “The Story of Ferdinand” by Munro Leaf, first published in 1937. The literature award includes prize money of €5000 and an award of a steel bull-shaped statue, made by the sculptor Reinhard Güthling.

Any fiction youth books that were first published in, or into, the German language in the past calendar year may participate in the competition - including translations. The books up for selection are youth books that are marked by their publishers for the target groups “from 13 years of age” or “from 14 years of age”.

The winner is determined by a jury of eleven young readers and eleven adults. The jury is formed anew every year.

From the received applications, four groups are determined by drawing lots: 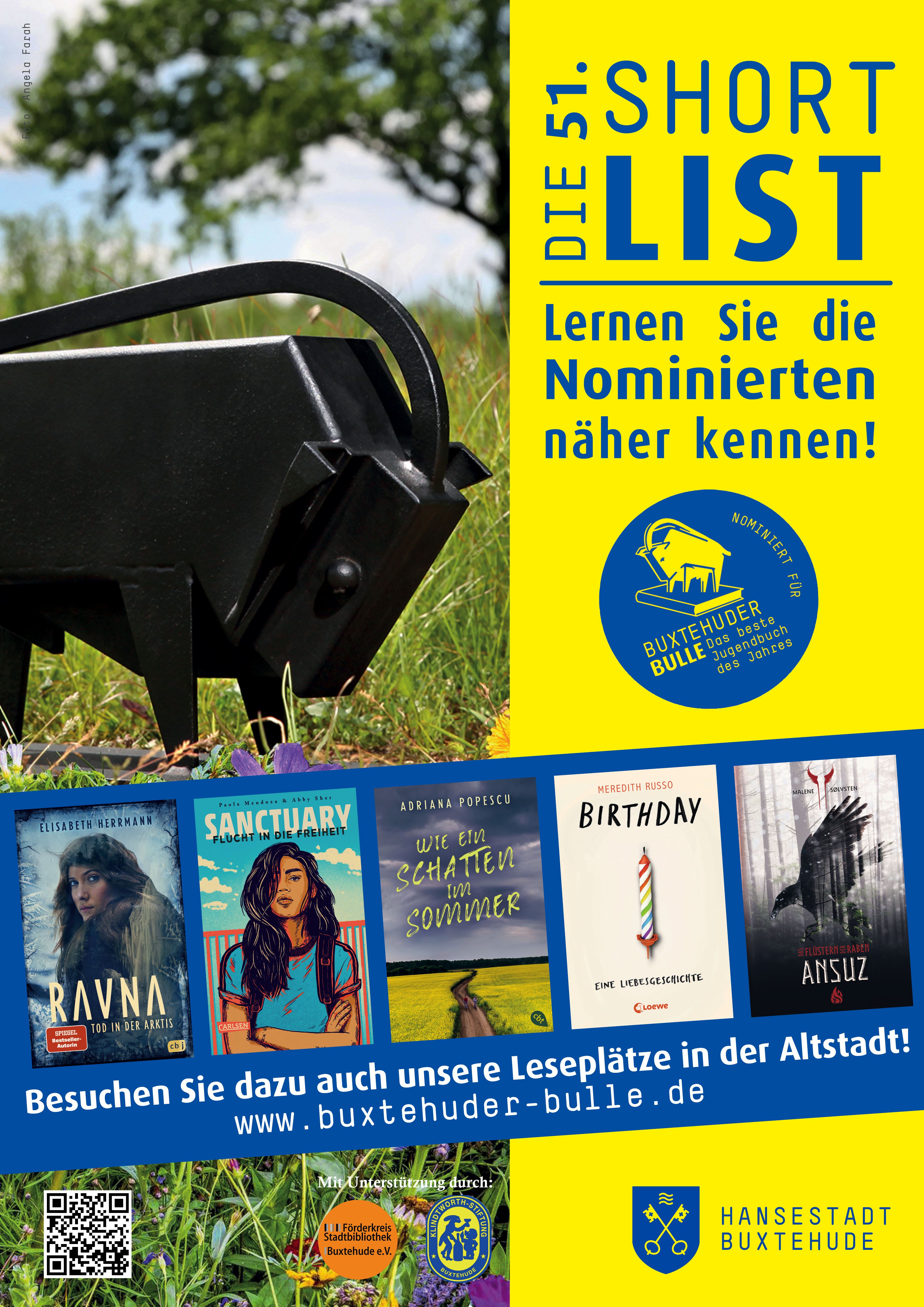 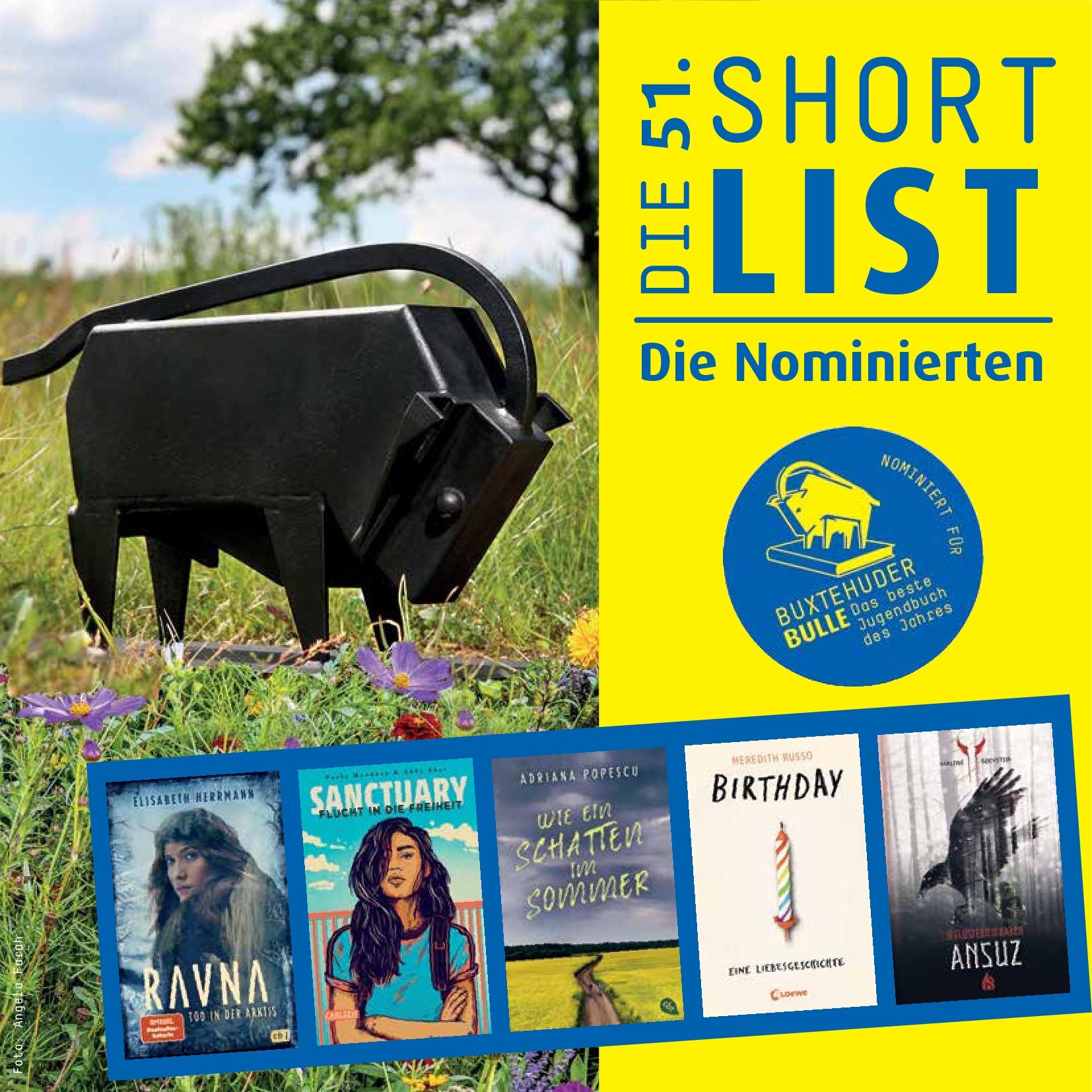