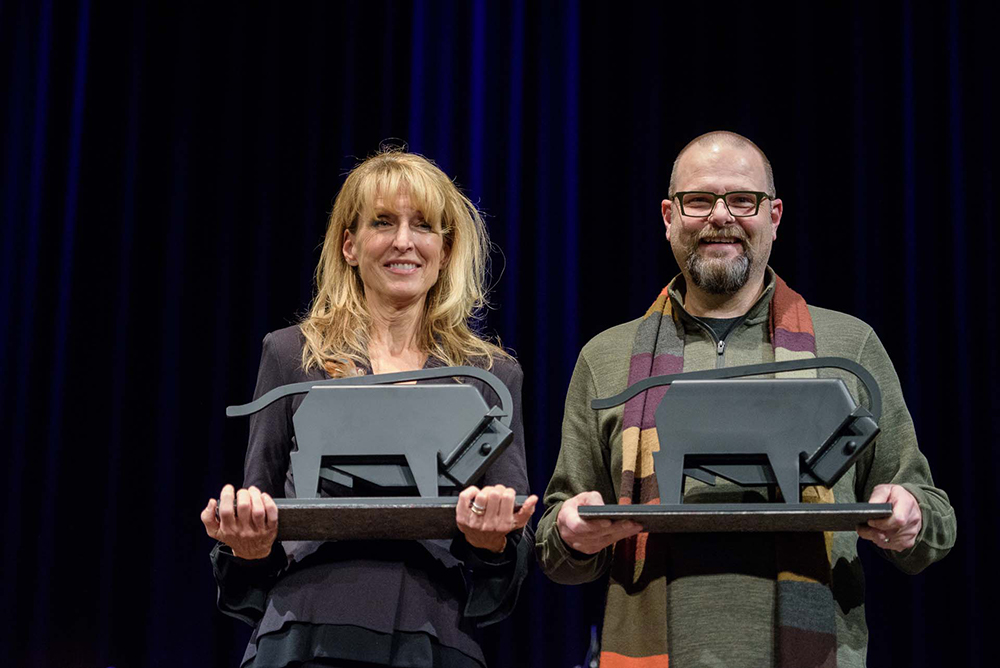 "Books-tehude has a place in my heart"

“This book comes from the heart and I'm so glad it found yours. Books-tehude has a place in my heart forever”, said the visibly moved Van Draanen at the official award ceremony in Buxtehude. The author received an award for her youth novel “Acht Wochen Wüste” (“Wild Bird”), published by Magellan Verlag and translated into German by Jessika Komina and Sandra Knuffinke.

Gratz, who was awarded for his novel “Vor uns das Meer” (“Refugee”), underlined his gratitude: “What a special price, what a special city”. And addressed to his jury: “I am deeply honored to have received this award. Thank you for voting for me. “Vor uns das Meer” was published by Hanser Verlag and translated by Meritxell Janina Piel.

The double award ceremony with around 300 audience members came about as the 49th Buxtehude Bull for “Acht Wochen Wüste” was not awarded in 2020 due to the pandemic and could not be celebrated. That has now been made up for. Alan Gratz has received the 50th youth literature award, which was launched in 1971 by the Buxtehude bookseller Winfried Ziemann as an alternative to popular awards.

The idea is, as much as then as now: Readers decide on their favorite book. The jury consists of eleven youths and eleven adults. And it was precisely this atmosphere of togetherness that both authors enjoyed. "Winfried Ziemann quite selflessly created an award that forms a community that extends far beyond Buxtehude's borders," said Wendelin van Draanen.

This year, probably one of the youngest authors in the “Bull’s” history was honored: Anne Sophie Rekow (18 years old, from Rodgau-Hessen). She had taken part in the VHS (community vocation school) workshop “Read My Text”. And received the “little bull” for her text about the disappearance of easiness.

72 participants aged 11 to 19 from Germany, Switzerland and Abu Dhabi took part in an online writing workshop over twelve weeks – accompanied, among others, by Cornelia Funke and Isabel Abedi.

Reading as a window to the world and a source of inspiration...

“Reading is a window to the world and into oneself. It inspires creativity”, with these words Buxtehude's mayor Katja Oldenburg-Schmidt summed up the spirit of the award and of the evening. And further: "It makes us love and suffer, lets us immerse ourselves in strange worlds, and lets our souls travel."

Dietmar Wunder (the German dubbed voice of Daniel Craig from the 007 films) conducted the program. The literary blogger, Anne Sauer, introduced both works and gave the laudation speech for each work and author.

Telling the 50-year history with a flashlight

A particularly moving moment of the two-hour gala was the so-called “light painting” (Lichtmalerei). The Bull's story, its large motifs and the two winning books were traced without words – byway of flashlight on light-sensitive canvas. The evening was musically accompanied by JazzPuls & Friends. 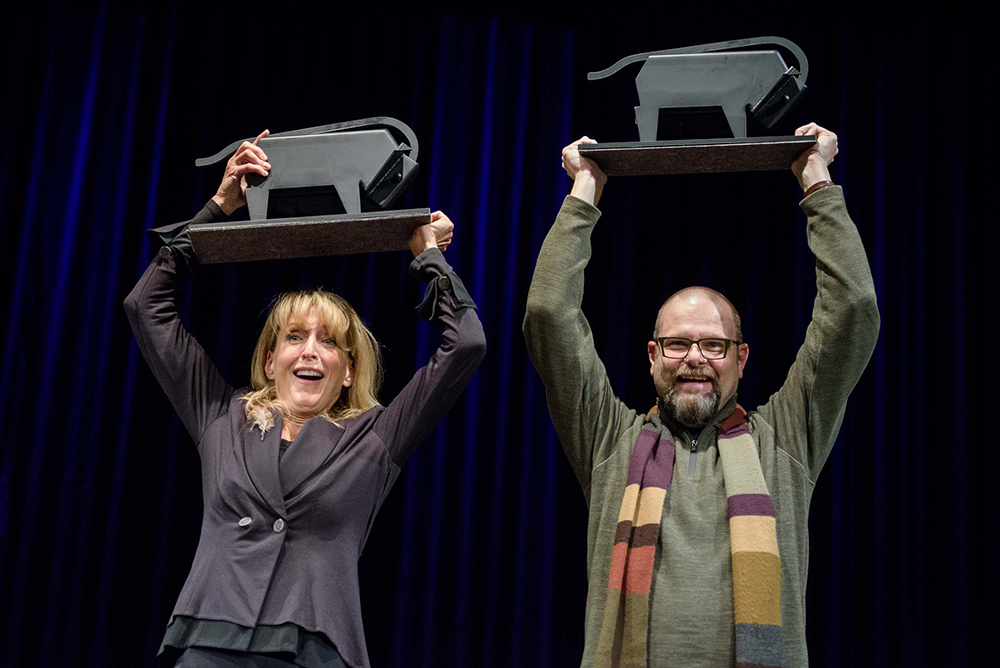