Buxtehude. The official award ceremony for the €5000 endowed youth literature award, Buxtehude Bull 2017, to Irish best-selling author, John Boyne, will take place on Tuesday, the 22nd January at 7pm at the Halepaghen Stage, Konopkastraße 5 in Buxtehude, Germany. John Boyne will be honoured for his novel, “The Boy on Top of the Mountain” Fischer Verlag (publishers) – translated from English by Ilse Layer.

The Buxtehude Bull is bestowed by Buxtehude’s mayor, Katja Oldenburg-Schmidt. The laudatory speech will be held by 2014 Buxtehude Bulle prize winner, David Safier. The evening’s presentation will be led by the Horneburg music manager and Estering spokesperson, Martin Kummerow. The evening’s program will be shaped by pupils of Buxtehude Gymnasium Süd (grammar school) and lead by actor, Rainer Piwek (known in the TV-series Der Lehrer). The evening’s musical program is to led by “4-Beat”, the Kreisjugendmusikschule Stade's (music school) Big Band.

Before the award ceremony, John Boyne will visit Buxtehude public school pupils, chat with them about literature and read from his award-winning book. The first public events will take place on Monday, 21st January at 5:30pm where his brass plate, in front of the Goldschmied-juwelier Brunckhorst (goldsmith and jeweller), Lange Straße 23 in Buxtehude's old town Altstadt will be unveiled. “An Evening with John Boyne”, in both English and German, will round of the events on Monday 21st January at 7pm in the Buxtehude Library, Fischerstraße 2. Tickets/Donations: €5 (benefits go to the Buxtehude Library Support Society), pupils/students: free.

Tickets for “An Evening with John Boyne” on Monday 21st January at 7pm in the Buxtehude Library, Fischerstraße 2, and for the award ceremony on Tuesday 22nd January, Halepaghen-Stage Konopkastraße, can be collected/bought at the library as well as in the Culture and Tourism Service Centre, Breite Straße 2. The brass plate unveiling is also a public event.  Interested parties are invited to take part. 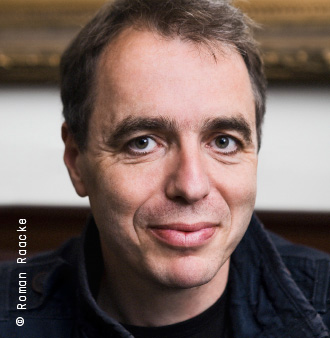 Laudatory Speech Presenter
David Safier – 2014 Buxtehude Bull Winner – is among the most successful authors in recent years, according to Rowohlt publishers. His novels “Bad Karma” Mieses Karma, “Jesus Loves Me” Jesus liebt mich , “Plötzlich Shakespeare” (Suddenly Shakespeare), “Happy Family”, “Muh” (Moo) and “28 Tage lang” (28 Days Long)  have been printed in the millions. Even overseas, sis books are bestsellers. As David Safier (born 1966) became a screenwriter, he was awarded the Grimme Award as well as the International Emmy (the American television Oscar) for the TV series “Berlin, Berlin”. David Safier lives and works in Bremen, is married, has two children and a dog. 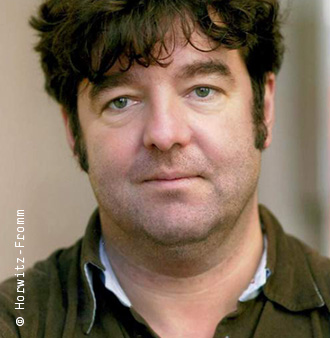 Played Scenes
Together with the pupils of Buxtehude Gymnasium Süd (grammar school), actor Rainer Piwek has compiled a selection of impressive scenes that mirror the topics within the award-winning book. Rainer Piwek, born in 1965 in Bonn, lives in Horneburg. Piwek studied acting from 1988 to 1992 at the Hochschule der Künste (applied university of arts) in Bern, Germany. Since 1996, he has been active as a freelance musician and actor. The Horneburger is well known, to a broad television audience, for his role as the unusual teacher, Karl Sievers, in the RTL Series Der Lehrer (The Teacher) which has received numerous awards.

The Music
“4-Beat” is to deliver a high-quality mix of traditional swing, bossa-nova and jazz to the stage. The KJM-Stade Big Band is committed to the sounds of the big jazz orchestras of Count Basie and Duke Ellington but also presents current sounds from young arrangers. A persuasive and powerful instrumental sound, the KJM- Big Band has been playing at many different events for many years, not just in their local community.

About the Book
In his excellent novel, Boyne (acclaimed for his international success “The Boy in the Striped Pyjamas”) revisits Germany's darkest chapter in history: As Pierrot – son of a French mother and German father – loses his parents, his aunt takes him in to the German household where she serves as a maid. It is the Berghof – Adolf Hitler’s summer residence.  The boy is soon under the Führer's influence... (Fischer KJB Verlag, 304 pages).

John Boyne was born in Dublin, Ireland in 1971 where he still lives today. He is the author of seventeen novels, including “The Boy in the Striped Pyjamas” – having sold over nine million copies world-wide, won countless international book awards and filmed to international fame and success.

Those interested in more information about the events surrounding the Buxtebude Bull, can directly contact the Buxtehude Library, Fischerstraße 2, Tel.  +49 (04)161 999 060 or online at www.buxtehuder-bulle.de